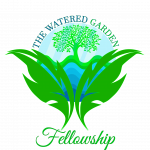 The seed of Pringle’s new avocation was planted in Charleston, SC where he was reared in the Pentecostal denomination. After high school graduation, he enrolled as a marketing major at Winthrop University in Rockhill, SC. However, he took a break from school when he won the role of Clarence in the national touring company of the gospel musical, “A Good Man is Hard to Find” in 1992. The success of the play brought Pringle starring roles in other stage musicals such as “Only The Strong”, “Paint The White House Black” and a brief recording deal with A&M Records. By 1993, Pringle had moved to Chicago where he began to write songs for Bishop T. D. Jakes, Rev. Clay Evans and others. When he wasn’t writing songs, Pringle was singing background vocals on recordings by R. Kelly, Twinkie Clark, etc. In 1999 he didn’t wait to be offered a recording contract. He financed his own CD project, “Psalms, Hymns and Spiritual Songs” that created a door for him into gospel radio and created a circuit for him in the church world. Not long after, Tommy Boy Records’ gospel division came courting and released his 2001 CD “Loyalty” that spawned an urban-flavored rendition of Creed’s “With Arms Wide Open.” The song climbed to the Top 30 of the Gavin Urban AC singles chart and the CD reached #9 on the Billboard gospel album sales chart.

Desmond Pringle’s golden tenor can be heard on some of the finest recordings in recent times. That’s him backing up R. Kelly on “I Believe I Can Fly.” Over the years, he’s shadowed Aretha Franklin, Marvin Sapp and Yolanda Adams on CD, and led “The Place” on Shekinah Glory Ministry’s RIAA certified gold CD, “Live.” He’s composed hits for others and also enjoyed hits of his own ranging from the worship ballad “You Are God” to the inspiring Adult R&B hit, “Arms Wide Open.” Now, after a six-year recording hiatus, Pringle is back on the scene with the uplifting tune, “Can’t Even Imagine,” the first radio single from his first and forthcoming Kingdom Records debut CD, “Fidelity.” The soul-stirring “Can’t Even Imagine” is a fresh addition to the current praise and worship music trend. “Usually songs come to me with lyrics and melodies as if someone is singing on the inside of me,” Pringle says when asked how the song was conceived. “I remember being on a plane in route to a ministry engagement with my wife, Tanya, and I was asking the Lord to give me a song that would articulate authentic worship. `Can’t Even Imagine’ was what was birthed. Those seven simple words – I can’t even imagine my life without you – express how I really feel about God.” Pringle’s passion for God has extended to him becoming the pastor of The Watered Garden Fellowship that started as a home Bible study and has since grown into a Church in Inglewood, CA. “Honestly, it wasn’t something that I pursued but rather something I followed,” he explains. “I’ve always been a lover of the Word, I’ve never been the musician/ singer that exits stage left when the preacher gets up to preach. I’ve been aware of the calling to preach since as early as the fifth grade. But I didn’t have pastoral pursuits. I was content to sing but God had another plan and he began to make it clearer in 2008 when our living room Bible study organically grew into a church.”